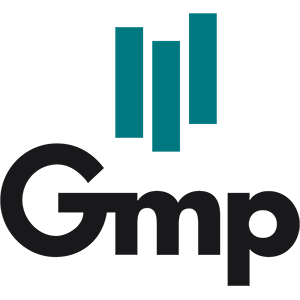 In the 80s, Gmp’s main property assets were office floors in buildings not in exclusive ownership and a 100%-owned small office building.

In 1979, Gmp developed its first office building, Luchana 23. At end of this period, Gmp focused its investment solely on developing office buildings.

In 1989, Gmp set up IN-PLANIA, an internal division specialising in the design and fit-out of professional and office spaces, with the aim of delivering a comprehensive service to its clients.

In the 90s, Gmp’s business model changed substantially in order to focus on quality as a strategic value.  In pursuit of this goal, it intensified its development activity, disinvested in offices in apartment blocks and concentrated its investment in wholly owned buildings in prime areas of Madrid.

In 1997, Gmp and GE Real Estate set up a joint venture in order to handle new investments.  Rent Inmobilaria was acquired as a result of this agreement, with property assets of over 120,000 m².

During this stage, Gmp started to develop business parks and turnkey projects for leading companies, while stepping up its office investment business by reaching a strategic alliance with GE Real Estate.

A year later, in 2002, it developed the business centre Castellana Norte for the company Airtel, now Vodafone, the first business park in the new extension to the Paseo de la Castellana.

In 2006, it developed the building Hermosilla 3 to house the headquarters of the legal firm Garrigues, the only business campus in Madrid’s prime district.

During this decade, and through the joint venture reached with GE Real Estate, the Company acquired the portfolio of logistical properties and offices owned by the German fund Stodiek, the Cortefiel group headquarters–located in calle Llano Castellano 51-, the Barajas 1building -in calle Trespaderne 29- and the Condesa de Venadito 1 building.

In 2007, Gmp sold the Foresta business park to BBVA, covering more than 100,000 m². In addition, it signed a sale & leaseback agreement with the bank through which Gmp acquired four of its principal buildings in Madrid: Castellana 81, Goya 14, Alcalá 16 and Vía de los Poblados. This transaction enabled Gmp to balance its portfolio in terms of location.

This same year, Gmp refinanced its company debt until 2017 in order to achieve financial stability and robustness.

In 2009, Gmp was the first Spanish property owning real estate company to obtain AENOR certification for its integrated system for Quality, Environmental and Health and Safety in the Workplace Management  according to standards UNE- EN-ISO 9001:2008, UNE-EN-ISO 14001:2004 and OHAS 18001:2007. This triple certification demonstrates Gmp’s commitment to ongoing improvement.

Gmp sold the Vía de los Poblados building, then in July of that same year, it bought the building at Eloy Gonzalo 10 with a view to performing full renovations on the property.  The building was pre-let nearly a year before completion of the renovation work.

In September, the Company became a Real Estate Investment Trust (SOCIMI in Spanish).

In October, Gmp agreed to Euro Cervantes SOCIMI S.A. becoming a minority shareholder, which was indirectly wholly owned by GIC, the Singapore sovereign wealth fund.  This long-term strategic alliance seeks to stimulate growth through selective investment in office buildings that generate value and enable Gmp to leverage growth potential in the market and consolidate its position.

In the first quarter of 2015, Gmp acquired the buildings Castellana 77 and Condesa de Venadito 1. It also changed its company name to Gmp Property SOCIMI, S.A.  Moreover, in February 2015, Gmp renewed its triple AENOR certification until 2018 for its Integrated System of Quality, Environmental and Health and Safety in the Workplace Management, maintaining its position as the only real estate company in Spain to hold this triple certification.

In June, Gmp’s head offices, located in the building at Luchana 23, were awarded Platinum LEED certification.

In September, it bought the Titán 4 building, located in the street of the same name, in the Méndez Álvaro district.

In October, Gmp acquired GE Real Estate Iberia, S.A.’s shareholding in the company Renta Apartamentos becoming the sole partner of this affiliate, adding the Barajas 1 and Llano Castellano 51 buildings to its portfolio.

Estate Developer in Spain in the office/ business category by the prestigious magazine Euromoney, in the 12th Euromoney Real Estate Awards.

In November, Gmp won the category of Specialist Fund in Spain for the second year running at the 18th MSCI (Morgan Stanley Capital International) European Property Investment Awards, for its performance during three years up to December 2015.

In March, the building Castellana 81 was awarded Platinum LEED Certification in the Core & Shell category.

In April, Gmp bought the Manuel Cortina 2 building, located in the Chamberí district.

In May, full renovation work was completed on the building Castellana 77, the building at Condesa de Venadito 1 obtained Gold LEED Certification in the Existing Building category and the building at Eloy Gonzalo 10 won the accolade of “Best Renovation” at the ASPRIMA -SIMA 2017 awards.

In June of the same year, Castellana 81 achieved 5-star DIGA Certification (Hallmark of the Level of Accessibility).

In July, MEETING PLACE opened its doors at Castellana 81.

In September, Gmp won the “EPRA Best Practices Silver Award” in recognition of its excellence and transparency in financial communication.

In October, the building Castellana 77 won the award for “Best Office Architecture Spain 2017-2018” at the European Property Awards Architecture.

In November of the same year, Castellana 81 was awarded the 2017 DIGA Prize for accessibility and Castellana 77 obtained 5-star DIGA Certification (Hallmark of Level of Accessibility).

In February, Gmp renewed up to 2021 the AENOR triple certification for an Integrated Management System for Quality, the Environment, Health and Safety in the Workplace, maintaining its differentiated position as the only Spanish real estate group to be awarded this distinction.

In April, the building Castellana 81 won the accolade “Best Renovation 2017” at the AEO awards.

In May, the Castellana 81 building won the prize for the “Best Real Estate Development Non-Residential” in the ASPRIMA-SIMA awards.

In May, the building Castellana 81 was awarded Gold WELL Certification in the Core & Shell category.

In June, oxxeo achieved 5-star DIGA Certification (Hallmark of the Level of Accessibility).

In October of this year, Castellana 81 was awared the Premio COAM 2018 (Madrid Institute of Architects Prize).

In February, the Castellana 77 building was awarded a Special Mention in Architecture at the German Design Award 2019.

In February, Gmp has received the 2019 Workplace Award for being the first real estate group in Spain to bet on health and wellbeing of people by earning WELL certification for its buildings.

In March, the building Castellana 77 was awarded Platinum LEED Certification in the Core & Shell category.

In April, Gmp received an honourable mention as the company that best leads the way towards sustainable business at the Association of Family Businesses in Madrid (ADEFAM) Awards.

In May, the oxxeo building won the prize for the “Best Real Estate Development Non-Residential” in the ASPRIMA-SIMA awards.

In July, the oxxeo building has been named “Best office building (new construction) 2018” in the AEO (Spanish Office Association) awards.

In September, the building Castellana 81 won the award “The Architecture Masterprize” in the category Architectural Design – Restoration & Renovation.

In September, Gmp obtained Gold standard in the EPRA sBPR awards. The highest distinction awarded by the European Public Real Estate Association (EPRA) in the area of sustainability.

In November, Gmp received the award for “Best Corporate Social Responsibility Initiative” in the ASPRIMA-SIMA 2020 awards.

In December, Gmp acquired a tertiary-use plot in Méndez Álvaro.

In March, Gmp acquired a tertiary-use plot in Sanchinarro.

In March, the building oxxeo was awarded Gold WELL Certification in the Core & Shell category.

In May, the ARQBÓREA building won a Special Mention in the category of Best Non-Residential Real Estate Development at the ASPRIMA-SIMA Awards.

In September, Gmp achieved Gold in the EPRA BPR awards. The highest distinction awarded by the European Public Real Estate Association (EPRA) for excellence and transparency in financial reporting.

In October, Gmp has been awarded the “Brain Caring People” seal by the Fundación Freno al Ictus (Spanish Stroke Foundation) certifying Castellana 81 as a “Brain-Protected Space”.

In December, the app Gmp Smart has been awarded in the innovation category of the AEO (Spanish Office Association) awards.

In December, the ARQBÓREA building has been named “Best office building (new construction) 2020” in the AEO (Spanish Office Association) awards.

In December, Luchana 23, Genova 27, Orense 34, Parque Norte and Hermosilla 3 have renewed their LEED certification. All of them have maintained the Gold level, except Hermosilla 3 that has reached the highest level: Platinum.

In January, ARQBÓREA has been awarded “Merit Award – Office Project” in the 7th edition of the CREDAWARD (China Real Estate & Design Award).

In April, ARQBÓREA has raised its WiredScore and SmartScore certification level from Gold to Platinum.

In May, the building Génova 27 achieved WiredScore Platinum Certification.

In October, ARQBÓREA has been awarded “Gold Winner” in the “Global Future Design Awards 2022” from APR magazine.

In October, Gmp named “Inclusive Company 2022” by the Prodis Foundation.